Karafuto - Past and Present

Short description of history and contemporary situation on Sakhalin-Karafuto

South Sakhalin and Kurilla Islands until 1875 were used by three countries China, Japan and Russia. Name of Sakhalin came from Manjur-chinese, means “black stone”, because at the end of river Amur (black river). In 1875 Japan and Russia got treaty about using Sakhalin together. In 1905 Sakhalin was devised according 50 degrees (plus all Kurilla islands). In 1920-1925 Japanese took all Sakhalin. In 1945 5th September 400,000 Japanese citizens were deported from Sakhalin and Kurilla Island during 3 years until 1948. According official statistics today on Sakhalin we have only 29 ethnic Japanese, but big number so called “metis” (mixed race), which thru family connections keep language, culture or names (Miyata, Yamada, Yamamoto, Furkawa etc.). For the Russians these facts are very shaming, them, memory of Japanese is destroyed now especially by governing people, so only some material need made last days possibility to open some tourist relationship. We have now also Japanese Consulate and Michinoku Bank.

Polish roots people were expulsed the same time from south Sakhalin, because in Japanese times polish Consulate prepared for them passports which gave them some privileges comparing Russians. Very helpful was a legend of Bronislaw Pilsudski, it seems Joseph Pilsudski was intervening personally, helping his brother indigenous children. First church in the North Sakhalin created in 1897 in Alexandrovsk Sakhalinski. It was territory under Mohylev Archdiocese. It is why Sakhalin visited bishop Cieplak in 1909 whom came from st. Petersburg by transsiberian Railway, during his famous visitation.

From polish (Cracow) priests the most successful priest was Fr. Gerard Piotrowski OFM, who came from Harbin, where he was Apostolic Administrator of East Siberia…his gift of being leader decided that short time Karafuto became Missio sui iuris, 1932 Apostolic Prefecture 1938. The superior of Prefecture became Fr.Felix Herman, which according elderly people, had bad knowledge of Japanese, and small gift of being superior especially during the war, he also agreed to be dismissed in 1948 together with many polish people, we still don’t know his later history (died in Tarnow 1956).

The people keep nice memory about Fr. Gustav Stysiak (Kholmsk - Maoka), last known Franciscan from Sakhalin is Fr. Paulinus Wilczynski, who died in USA the city Pulaski (Wisconsin) in 1989…as 108 old man. Same time when he was dying the borders of South Korea opened to Russia, so that many devised Korean families from Sakhalin were able to see each other after 50 years of separation.

Between the others such was the history of our parish manager I Sek Hi (Valery Borisovich), he followed steps of his father and got knew the priests from native parish of his older sister living in Korea. One year later Fr. Jacob from Taegu came (1992) and next year took Fr. Alfonso, the third Korean father came in 1997 – present…these brave priests had restored visibly Sakhalin catholic church hidden about 50 years as structure.

In 1995 island was visited by 3 bishops (Taegu – Korea, Sapporo – Japan, Novosibirsk – Russia). Each of them cared partially the island. Korean bishop had power on priests, Russian pretended to coordinate, Japanese was formally the main superior so he cared some finances and supported some way (by buying car etc.). Bishop Jinushi gave also baptism books from previous activities of missionary people here. In 1998 Maryknoll Missionaries took care under this mission. In 1999 new elected bishop of East Siberia bp. George (Jerzy) Mazur visited for the first time the island. After this visit he decided to send one priest more to help Maryknoll Fathers. It was author of that report Fr. Jaroslaw Wisniewski – Polish. For polish roots people it was very good decision, slowly they became more active and numerous in such Korean orientated community.

We are very thankful to Fr. Benedict Zweber (Che Bun Do) MM, for he planned and sponsored the project of new big and nice church in Sakhalin. He also agreed and sponsored so called outstations (dzunkai) in Kholmsk, Korsakov, Alexandrovsk Sakhalinski. Except restoring these parishes, which have old history, we created together totally new groups in Uglegorsk and Aniva. These two places we have much Korean and Ukrainian people (outstation started in December 1999). It is new hope of Apostolic Prefecture.

Another symbol of that hope is next visit of Bishop Mazur in March 2001. He blessed the corner stone and established the date of dedication as 19th March 2001. This church will be a memorial of prisoners, martyrs of so many polish and Korean patriots, will be also memory of Japanese religious tolerance to Catholic Church. This short message may serve as Memento for all the nations and culture participating Sakhalin catholic life. 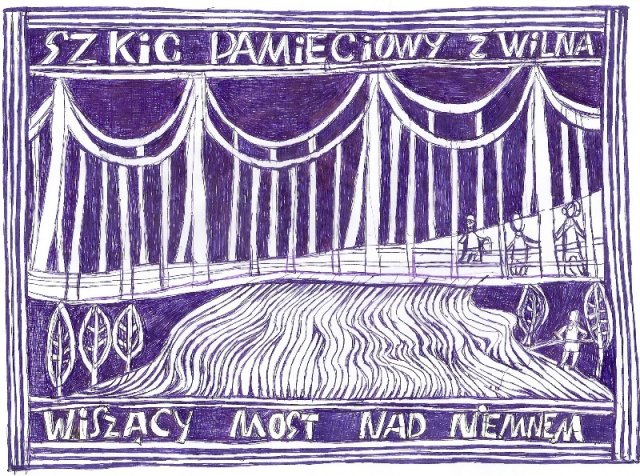 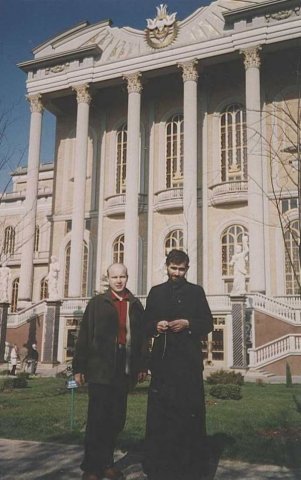