In Seminary I met many friendly people. Very strange that one of my friendly man became a lawyer who was given to me as official curator, for one year period in Bialystok. His wife by case was born in Skrwilno. They were caring me not one year but all the 6 years of my staying in Seminary. His house was on Sunny Settlement in Saint Jadwiga the Queen Parish.

Enemies give hands shaking each other. Typical biblical story.

During my studies I got close friendship with my classmates. I was visiting Krzys Bolesta in Niewodnica and Bogus Zieziula in Jurasze close to Sidra. I was home in my vigilator's house father Jacek's Tomkiel.

His first parish in Goniadz became my favor and Downary, where he took my on vacasions as one of animators in Christian youth camp OAZA. We were together on same adventure in Mountains, city Kroscienko. We are still bit distanced and different people but we are not alien each to other.

I was home in Jurek Rojecki house in time of studies and after becoming priest. He was twice in my native Skrwilno on first Mass and on my fathers' burial. When he repaired his house he promised to me that I will have a missionary flat there.

As seminarians we were visiting sick people once a week as obligatory training to know how consulate elderly and sick people constantly. In fact we were also supported and consoled, because it was the most attentive to our difficulties in studies and in vocation public.

Sick people in which houses I was visiting were so numerous, that I may difficulties to count down them all.

The most favor sick of mine was Mrs. Zofia Zak on Wiejska Street. There was some Mrs. Barbara sick on sclerosis multiplex. He tried to walk in her own house but she was falling down many times. At first she was suspicious, because not accustomed to such visits of seminarians, but later she changed.

I was also visiting some lady after insult in brain. He was unable to stay on her legs, she just was shaken, like slowly dancing youngsters in "heap hop", she was so patient and happy during these visits.

With Andrzej Kakareko we were visiting some house in which two persons were sick. Darek Mateuszuk introduced me to his sick and after being convinced that I am really friendly to sick people he invited me to his sick mother, to have prayer together.

Also my classmate Piotr Sokolowski introduced me to his sick lady somewhere near the Sacred Church of Jesus. Other seminarians were calling me "distributor", because I was ready to go with holly Eucharist to the sick not only in Sunday, but each day of the week in all my free....

I was visiting many times in fr. Chrusciel house. He was half deaf and blind. I got responsibility about him after Krzysztof Rudzinski; later my classmates helped me to care him.

Some seminary meetings I had in prof. Pankiewicz's flat. He had no secrets. All his treasures were books. We were calling him Focka, because of the way he was walking, like penguin or some other swimming animal when walking in the snow. He had very warm personality.

When in the classroom was hot he immediately got sleepy. When in the middle of the class he waked up, he cleaned eyes with hands continuing his lecture without being ashamed about his short sleep.

Rector Swidziniewski was inviting us on exams from psalm in Latin. If some student cannot translate some special word he was not helping at all he was waiting patiently until the memory will wake up, or until the long silence passed 3 or 5 minutes enough to get note 2. "you have to study more". It was to only comment to big smile on satisfied rectors' face.

The neck of Rector was like a crane. His head was moving same automatic way. He was very strange and strong personality.

Similar difficulties we were having on spiritual talks to Spiritual Father Zukowski. We were calling these talks "scrutinia". It was too much official to be really spiritual.

Bishop Rector had nice smile but also, when some of seminarians does something wrong, he had to be punished according to the "letter of the law

Strong and sweet same time was Rector Senior Piotrowski. He was sweet for seminarians who were doing their mastership under his care; the others were for him not so much interesting.

I got his sympathy during preparations to Immaculate day Spectacle. Spectacle was made according my text. Discipline between actors was very small so he took care on them�I got time to prepare decorations.

In my first parish in Dolistowo old parish house near 500 years old was my first home in priesthood. During summer vacations in parish House were living participants of retreats for families. There were many sleeping facilities in first floor for them so I took some pillows as unique furniture of my room. I was feeling that I may go on missions soon, so I was buying nothing. As decoration I asked carpenter to make me wooden cross same size and style as in Assisi. Later I saw in cemetery many old crosses which people put as rubbish near old chapel to burn then some day. I decided to save and restore them. Children during classes of religion were helping me to take them home, clean from dust and paint nicely. All the winter they were in my room and in the spring we were using them to put as symbols of stations on the way of Cross which we passed in the middle of the valley between church and cemetery. Same decoration children do with me in another two villages. I was teaching religion in the school in these two places. One of priests' native from Zabiele, one of these villages talked to me that 10 years later these crosses were still on their place.

It was something new; people were surprised but happy, because their children had adventure, which they liked. Better than sitting in the classroom. I was such a priest, hooligan.

Later I took from parish house all old and destroyed statues and with a help of some parishioner I restored them and made for them nice chapels in three of my villages in May month.

One of these statues was gifted from Suchowola. There was another fr. Wisniewski, older one Joseph. I had no car these times and 10 km to Suchowola I was traveling by bicycle. There was also my friendly priest fr. Jacek Tomkiel and fathers of very famous chaplain of Solidarnosc, Jerzy Popieluszko. He was killed by secret service in 1984.

I was happy and proud visiting them as friend of family. Same way I was visiting 10 km in west direction city Goniadz my classmate Krzys Bolesta. Another classmate was in Janow 30km in South direction and Nowy Dwor 30km in East.

Form Dolistowo I organised some bus travels to Lithuania and Belorus. Today we do not need visa to go in Lithuania, but these days there was some superstitions against such travels and some people were smiling from my efforts. Especially difficult was that time, when I was organizing trip for children.

It was the entire story to convince fathers to make them passports and to go in the city Monki and take them.

In Vilnius our hosts were Dominicans from Holly spirit Parish. Familly Wankiewicz and Grabowski. In Salcininkai was waiting us Mrs. Bucko local catechist in internat house for orphans.

In Byelorussia in the city Grodno and many other places polish people may feel home. Many people cannot talk polish but they feel themselves polish in hearts. There are some Orthodox churches which mean some local Belarus minority exists but mostly nobody visit them. Catholic churches are ever full of people with polish roots.. Indura, Mala and Duza Brzostowica, Mosty, Plebanowce, Szczuczyn, Krzemieniec i Wolkowysk.

Many parishes in Grodno Prefecture I will call native with pleasure. Some atmosphere from Mickiewicz and Orzeszkowa times is still hanging in the air. Watches like stopped 50 or 100 years ago. You may find in the parish house big number issues of Immaculate Conception Knight Monthly printed before II World War, like they just came from Niepokalanow. People still pray with pleasure daily Exequias for souls like before the Council. Same pleasure they adore Eucharist and recite litanies.

Thanks my missionary activities in Russia I got as relatives frienship of many Armenians which were showing me their homeland in Georgia. Voluntary people from Spain took me to their homes when I got tired and sad to give me some joy and relax. Same relax I got in house of some Italian and another German priests in Lombardia and Schwabia.

Students from Africa and some Latinos countries in Rostov on Don were main parishioners. Most of them were for me more than friends.

The feeling of home I got staying with Koreans in Sakhalin. Some Japanese took me home when I was dismissed from Russia. Even now during my health difficulties, staying in China time to time I feel home thanks to small catholic minority living here and carrying me. 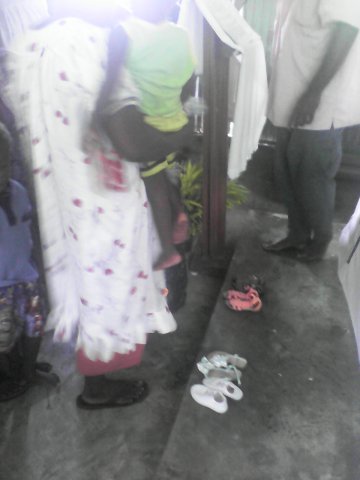