Mr. Solzhenitsyn was requesting urgent lustration or simple book keeping of "soviet crimes and criminals" like German one were in Nurnberg. According his meaning it is impossible to built future without remembering and knowing the past of Russia.

I agree him fully, especially observing activities of so called "Russian patriot" Mr. Putin. It is easy to get impression that mythical dragon got back his head cutten before. Eltsine does nothing in fight with KGB. How much evil was Soviet Empire we may know also looking on restored actually mania of spies.

It was forbidden to visit Kamchatka for any foreigner. Closed was the city Chita, polar Norilsk, Chelabinsk or Tomsk. Most of Russia even so deep secrets were talking rumors about Uranium, "chemical" fabrics, about army aircrafts in Komsomolsk or submarines in Vladivostok and Petropavlovsk.

Today American satellites are able to look on the watch on hands of bosses in these top secret places. It is why simple Russians ever joked from these top secrets. Popular knowledge about KGB crimes is rather good, but rulers still prefer to play with new generations in stupid games committing same crimes as in the past. It is why Russians are so skeptics also to top secret sacrament as secret of Confession.

Once I was using all my diplomacy to convince Galina Mikhaylovna former KGB worker to participate in sacrament of Confession telling her about all its beauty. She was my friend so she answered me as soldier without using many words. We, soviet people have no secrets. We know about each other, which are sleeping with whom and what kind of sleeping dressing each dress. It is because we were practicing "free love". We have no secrets, there is no need to confess us!

But from another hand during my long travels in transsiberian railway I realized that having so many time free, people is doing only one thing, talking each other own life they easily confess own souls even deep sins.

I hope my story is also kind of transsiberian confession. Reading my book during travels some of you may get adequate feelings.

2. A gift for nun sister

Returning to Galina Mikhaylovna I have to tell you that some humble nun in Bataysk monastery finally find a key to her heart. Galina was skeptic in any article of our faith; also she was skeptic to church dressings we were using.

In monastery votes she also has nothing special, supernatural or universal to find. To the priest she ever talked as to comrade, but never mind her doubts, when she got knew that sister Stephania have to be moved to Poland she gave her a word, that she will obligatory confess before she leave. It was such a soldier lady, our Galina.

She keeps her word also in relationship to her young daughter Irina. Irina was handicapped and died as 35 years old girl. She asked Galina before dying to do two things: to invite ever priest in Christmas time and to prepare her 2 children to confession.

It was very touching my soul when after blessing her house I saw Galina as soldier at front of big Irena's picture and giving her report such a word: "IRINA I DOES, YOU HAPPY PERHAPS?...It was in 1996. Children were still too young, to make the second promises. She was praying with them every evening and she was very happy seeing once small Katya taking Oleg's had and knocking on the floor telling "PRAY GOD STUPID MAN"!!!

In 1999 in January Bishop from Saratov came to Bataysk. Galina with a help of sisters was training children catechism and being still unbeliever she prepared them to be confessed solemn day.

The soul of that lady is still a secret for me. I will never know how much her story about "Russian brother" was truth. She was telling me her secret, explaining her personal experience or just joking.

In every story is bit of truth so perhaps in this case also. So even Russians joke about secret of confession they perhaps cannot survive with so much elementary thing in our lives as privacy and right of everybody to have some secrets only for personal use in relationship to ever forgiving God. Even their understanding of sacrament may be a bit funny. Some day they will accept the way church is teaching about that.

In Rostov on Don I saw the different deviation. Big parts of parishioners were Armenians. These people were ever teaching me what the Mediterranean culture may be. Their style helped me to understand many lectures in Bible. They were a bit suspicious against so called "Russian Catholics" which were obtaining Holly Communion each Mass but confessing only sometime.

On Sakhalin I had problem of secularization... I told before, Korean and American style is to obtain Communion after one confession a year or even less.

I had no wish to discuss with old and near to die missionary priest fr. Benedict, also I wished not criticize publicly his pastoral experience after so many years of training people this way I was too small man and my authority also was too small to act successfully on that field.

The problem was twice difficult because the same doctrine was in Wladivostok, Khabarovsk and Magadanu, all these three neighbor important pastoral centers were under American style of pastoral care.

I got impression that I do a little, but it was fight with big price. When we finished construction of the Church in Sakhalin and Americans finally got a priest on my place and on place of fr. Benedict who died, that new one priest proclaimed his "new policy" which has as main topic to never again built "polish parishes". It was the end of my humble efforts to make Sakhalin parish a bit European in understanding of Sacrament of Confession.

Everything I saw on my eyes there is artificial protestantisation, which some day may affect lack of believing in real presence of Jesus in Holly Bread and Wine.

People in Sakhalin have some respect to the Last Supper, but do not contemplate real presence even easily forget it. People in the chapel ever talked before and after the mass like in the Market.

During Christmas spectacles with very laic topic Jesus Christ was still in Tabernacle and all the public was not caring. Behaviour was the best comment to my worry.

My first parish manager in Kamchatka Mrs. Ganzeeva, perhaps native Tartar, she liked our church because she met in Vladivostok American missionary people.

On the way to the choir there was small room for confessing. Outside there was a red and green light informing if the confession is finished or still going on. So perhaps it was some kind of training for parishioners which ever knew that there is such a place and such opportunity.

My parish manager made so many rumors about what the confession in Vladivostok may be that when I came first without having any Catechetic talk about confession there was a line of people asking confession. They only knew that during that sacrament person can describe to the priest all his life history conditions etc. without telling a single sin.

In the same time most of my parishioners were out of simple condition to be confessed as Sacrament of matrimony. My parish manager having such a big fashion to confess was also living with another parishioner as official concubine. It took time to explain her need to regulate her sacramental situation.

Sorry for so big criticism to pastoral abilities of my fellow Americans. By the way one of them joked to me that in America we will never have holy Christians because, the life is too much sweet and preaching too much human. I agree him. The number of proclaimed Saints in USA is really none, so we Europeans have something to tell about sacraments not only to Russians but also to Americans... I am not shy doing this. 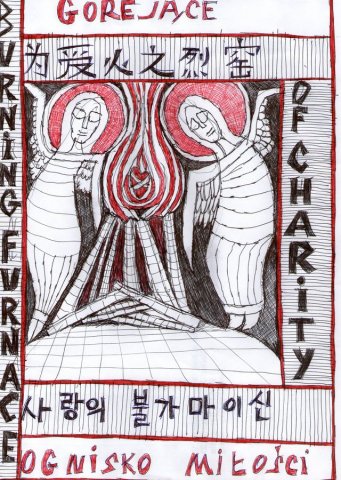 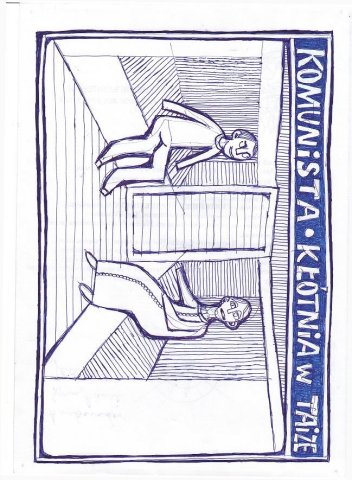