On Zabaikalye I spent as parish priest only half a year, but sometime I think like I was there all the eternity. I got feeling that I am home. Perhaps the secret was in my connections with Korean population in Bataysk and Kalmyk in Elista gave me good preparation to meet local Buryats as obligatory element of Baikal landscape and original nation in Chita, Aginsk, and Ulan-Ude.

In Palm Sunday 2000 Wladimir Wagner took me to Aginsk Monastery and I got opportunity to remember all my memories from Elista. Prayer drums, pagodas decorated with dragons incolours of fires. Inside we have ever many pillows to sit down for monks and visitors inside.

Except the driver we have in that travel another two priests: fr. Romaniuk, new Chita parish priest and Greek-Catholic priest fr. Golovanov dean from Omsk.

1. The mission from my dreams

So in 1999 my dreams about great missions were near to happen. I was dreaming to go on the end of the world and it happened. At first with parishioners on Rostov on Don I was visiting Santiago in Spain so later using simple and different transportation I came with stops in Saratov, Novosibirsk and Irkutsk to Khabarovsk, finally to Sakhalin.

The jubilee year was near. Bishop Mazur decided that we will celebrate together with Holly Cross relic. Under my care except Sakhalin and Kamchatka was also parish in Chita in Zabaikalye.

It is difficult to understand how much fr. Bishop trusted me giving responsibility in 4 even 4 so far away places. I was supposed to visit time to time Khabarovsk and "have eye" on old American missionary which was in very difficult position. He had language problems and big number of suspicious personalities around him.

That way I belonged to 3 deaneries. Chita was in Irkutsk deanery and local dean was asking me to take Cross relics in the middle of January and return 2-nd of February back to Irkutsk.

It was good time and good providential circumstances. I was able to meet together in rented place with all parishioners and later to visit together with relic all of them in their flats during Christmas Pastoral visit.

Mostly they were Volga-Germans and they were only starting their religious education. Last contact with priests in case of elderly people was in 30-ties like in case of Rostov on Don and many other Russian big cities.

In every place of Chita Mr. Wagner was assisting me. He was native from Omsk, but he was send to Chita as a lawyer and became famous person. He organized local Wiedergeburt organization; most of members became my parishioners. He knew all of them by face and by name. Slowly I inherited all his knowledge. I was still young and dynamic man wishing to fly on the sky and walk on the water.

I remember us traveling in settlement Makaveev perhaps 20 km in south direction. There were Germans but also Byelorussians. During pastoral visit was planned wedding of two 40 years old persons. I hope all the people were very impressed. These meetings in houses have still some feeling of conspiracy and of forbidden fruit, which has own taste.

Husband was young German man high and strong as Schwarzenegger small wife was native Byelorussian. It is why relatives of both nationalities came.

I was visiting later with relic Mr. Wagner's office "Gold Valley" he asked me to pray about soon bankrupts, because he was very tired doing these kind of business. I know my prayer was successful; he got time to help me in Chita, later he has gone and spent all the year helping same way my American friend in Khabarovsk.

The only and unique pastoral visit and blessing in Hotel happened just because I ever stayed in Hotel Zabaikalye on the main Square. Director was same age as me. His name was Igor. He was Wagner's friend and also mine. We talked much about his native Taganrog and he ever helped me in urgent cases even as simple driver, so I was unable to discuss when he asked to bless his and all his workers offices.

It was a place where many students were living also temporary workers from China. He described me some cases of killing or suicide, he really was worry about his Hotel. In his request was maybe also a bit of superstition, but I believed "Ecclesia suplet" in these deep missionary conditions Gods blessing was with me daily.

During pastoral visits relic was all 3 nights with me in my flat. The 4-th day relic spent in local museum.

It was wonderful idea of Wagner to give opportunity to all the citizens of the city opportunity to see the relic and venerate. Many people was slowly preparing one day exhibition.

Thanks activities of local authorities and thanks to special briefing for local journalists, in 3 days museum workers took all the religious historical objects from hidden places in one exhibition.

Russians are very spontaneous people they does their best to make the wonder. Most part of exhibition was collection of orthodox and Catholic crosses, some icons and dressings of priests.

The relic was planned to be in the center. At right and left side were old wooden statues from Catholic Church before burning. It were statues of bishops, because such were their dressings so I believe they were Saint Stanislaus and saint Adalbert. Behind were "flying" also two beautiful old angels.

Pastoral visit with Holly Cross relic was wonderful, most beautiful in my life. Finishing moment was 19-th of January when Orthodox people celebrate so called Jordan Day.

Three Orthodox priests came with their parishioners to venerate the relic. Baptists gave me the tape with their songs to make the event nice. New audio-player was kindly offered for that purpose by young Adventist Pastor.

On the opening moment of exhibition came some officials from Administration, almost all religions delegations, many journalists and teachers with theirs students even some officer took his soldiers to venerate the Cross.

Somebody made photo of relic and after my going back with relic to other places the photo and all the other religious historical objects were still available to visitors during all the Lent until Palm Sunday. Bishop who visited Chita in the middle of March was able also to see exhibition so nicely made in so short time.

On the opening ceremony was also big delegation from Pentecostal churches. At closing moment came the fourth Orthodox priest from Chita II, which was very young man like the others. He wished me to come on his evening celebration with relic to the Church in Chita II.

It was his Patron Day, day of Jesus Baptism. He permitted me to preach and encouraged his parishioners to venerate the relic.

Such was triumph of Jesus Christ in so deep Siberia, the place which same as Magadan was ever symbol of suffers so many imprisoned here people and nations.

Chita � main city and capital of Zabaikalye. The city was the place where 80 Decembrists were imprisoned between them philosopher and perhaps hidden catholic Lunin. The local famous officer very friendly to prisoners was Polish Officer Lemparski, Decembrists ever talked about him as a friend. He permitted to work in obligatory works his soldiers which were paid by prisoners. He asked also in Petersburg permission for Decembrists wives to come and live in Chita near the camp. He even permitted one French lady to have weddings in the camp. Decembrists spent about 25 years in Chita and developed the place by many discoveries. There was so called Decembrists Wooden Church which survived until today as museum.

Actually we have about 350.000 citizens in Chita. Most of them work in Russian Army and on Transsiberian railway. It is Free Market zone at the border with China and Mongolia. Natural sources: gold, uranium and coal.

Benedict Dybowski polish doctor and ethnographer was imprisoned here. He discovered and scientifically described very special specific Chita and Darsun mineral waters which are the second place after Piatigorsk in Caucasus.

During Revolution it was Capital of so Called Zabaikalyan Russian Republic under general Kolchak. Here were also soldiers helping him from Turkey, Czech and Hungary, we have special monument remembering that times on cemetery. Special cemetery has also Japanese soldiers.

In Catholic parish was working blessed Anthony Leshchevich one of 108 polish martyrs.

Actually in old wooden catholic church is localized Orthodox Cathedral from the moment of burning and restoring in 1949.

Catholics got new place on Mostova Street 1, new Church under old patrons Peter and Paul was consecrated 29-th of June 2002 by Cardinal Tomko from Vatican.

There were working two Slovakian priests from Focolari movement and Sisters from Stara Wies. They have nice orphanage there.

One of organizer of community in post soviet times and parish manager was Volga-German Vladimir Wagner. 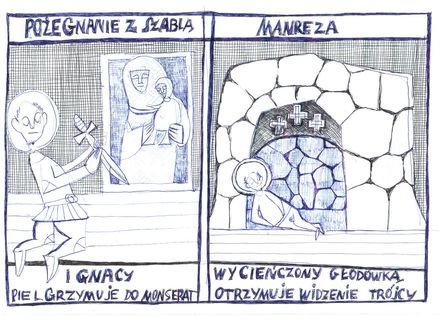